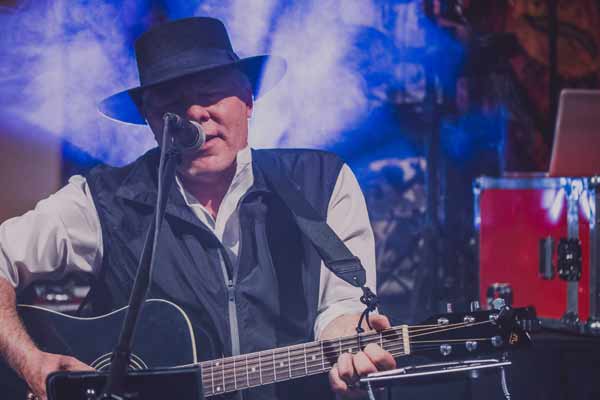 The opening performances of the Bob Dylan Tribute Concert concluded with standing ovations and comments from the audience have placed this show on par with any international show. The audiences

The opening performances of the Bob Dylan Tribute Concert concluded with standing ovations and comments from the audience have placed this show on par with any international show. The audiences were taken on an emotional and nostalgic trip of Dylan’s greatest hits including songs like Mr. Tambourine Man, Blowin’ In The Wind, Knocking On Heaven’s Door, All Along The Watchtower, Mighty Quinn, The Times They Are A-Changin’, Lay Lady Lay and many more.

DEXAN and The Band quite simply wowed the audience.

Why is this show different?……. Dexan tells the WHOLE Bob Dylan story, from his early childhood and his teenage influences, right up to his international awards into various music halls of fame, academy awards and ultimately his Nobel award for literature. This is not simply a band doing Bob Dylan covers. The Dylan songs are brilliantly arranged and presented. The stage visual is enhanced by screens displaying photography and video material of Dylan’s life, throughout the entire performance. Dexan has really created an exceptional story of Dylan’s life which includes not only his musical achievement, but introduces the audience to Dylan’s complete artistic ability in literature, poetry and visual art. (Let’s be honest……most people don’t know that Dylan was much more than a musical performer and songwriter. He is also an internationally acclaimed visual artist, poet and author). The stage musicians are exceptional professionals.

Even if you have no idea who Bob Dylan is, this is a show not to be missed. It is fantastic, it is emotional, it is inspiring, it is educational, and it is downright fun!!

Don’t miss this one-off chance to see this nationally acclaimed show on 20 and 21 April 2019 at The Motor Studio at Lourensford Wine Estate, Somerset West.

Tickets are available at www.quicket.co.za. Do a search on Bob Dylan Tribute Show. Tickets are also available at the Motor Studio at Lourensford. Alternatively you can call Ewald on 084 359 7834.

Also, Dexan and The Band will be holding a cd launch of their album titled : ”Thanks to Bob Dylan” at the shows over the Easter Weekend.  The album features an interesting arrangement of Dylan’s greatest songs.