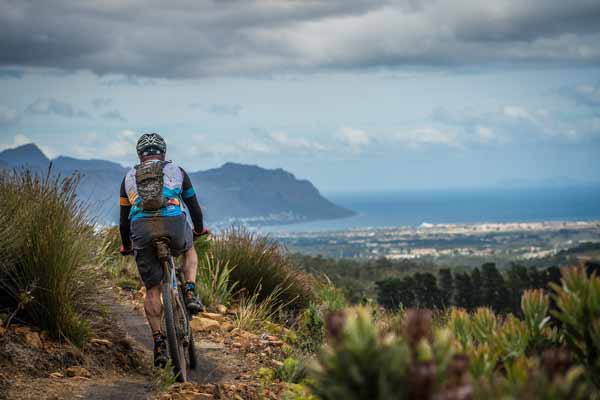 Big news on the 2018 MTB Calendar is that the FNB W2W is celebrating its 10th anniversary. How do you celebrate the 10th anniversary of a very popular multi stage event?

According to Johan Kriegler (JK), the founder of W2W; The FNB W2W Route will be a major component of such celebrations, as the FNB W2W route is unique and has enlighten thousands of MTB over the years. I’ve been enthusiastic about the route options from conceptualising the W2W idea in 2008. The ultimate combination of the Hottentots Holland mountains, the Kogel- and Overberg, the Elgin Valley on top of mountains and Walker bay in Hermanus offers a one in lifetime MTB platform. These areas and features creates the widest variety of scenic, mountain, ocean, farming, winery and route design options (incl. type of soil and numerous valleys and cliffs – the lay of the land stuff); the largest eco-diversity, suitable to MTB, in the smallest of space. The stuff that any creative MTB brain thrives on.

Lourensford Winery also celebrates its 10th anniversary with the W2W. It’s here that we’ve built the 1st W2W trails in 2007, mostly over weekends. The trails; Schoemans, Witboom and Canary Forest were introduced in 2008, when 320 riders participated. Unfortunately these trails caused major bottle necks the next year, when 1000 riders participated. How do we eliminate bottle necks by using the same trails, 10 years later with more riders?

Come and join us on a 25km pre-ride to experience the Lourensford magic and the these trail jewels on Sunday morning 14 October 2018.

The cost is R100, which in return you’ll receive a free bottle of Lourensford Shiraz.

Only for registered W2W participants

Tickets are not available for sale any more for this event!